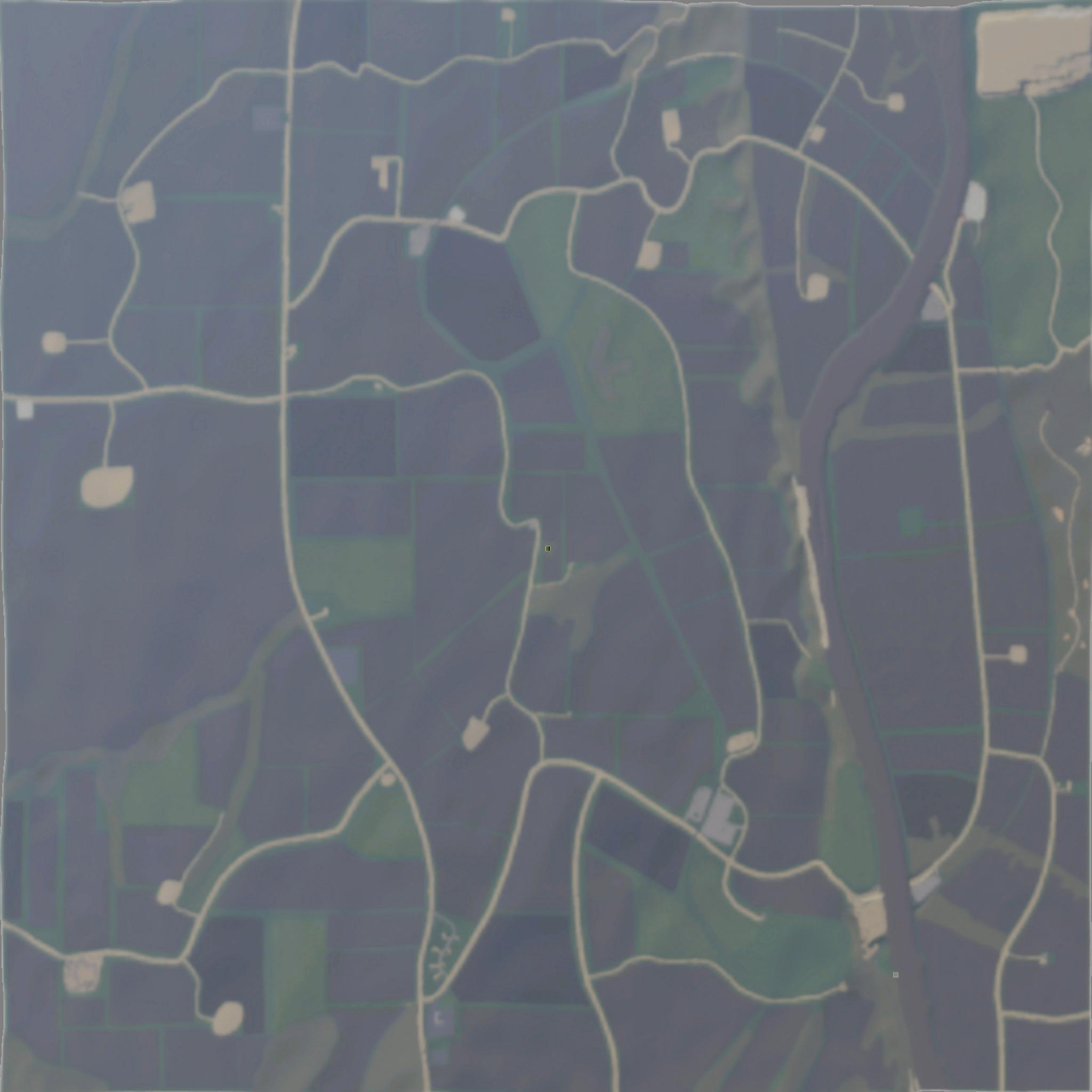 This map is based on the Missouri River near Arrow Rock.
There are over 100 Fields to work, and integrated animal pens for horses, cows and sheep.
The river valley is full of fields that are smooth and level, but no homes, and the higher land is very hilly and will require high horsepower equipment to handle the hills.

– The Animal Dealer sale point will accept all filltypes which can be used as animal feed, including water
– The Northern Route 47 COOP Train Silo supports all standard crops, while the southern office does not take root crops or sugarcane, while accepting silage, grass, and chaff for storage by the BGA.
– Route 47 COOP North and South has a Lime station which sells fertilizer, seed, herbicide, liquid fertilizer, potato, and sugarcane.
– almost all default farm buildings and decoration can be removed

I have fix the problems that has been reported to me. 2 dairies, pig, sheep. The map has been revised for each new game 15, 17, and now 19. The main farm is in middle of 4X map with 2 trains you can ride and 2 trains that are running in map. In this version I removed the airport and removed most of the air traffic. Added crops: peanut, sorghum, sudangrass, alfalfa, clover, tobacco, corn2, carrot, onion.

Update: fixed sheep barns having duplicate doors that would not open.
Adjusted locations of warning signs on horse pen (they should no longer float).