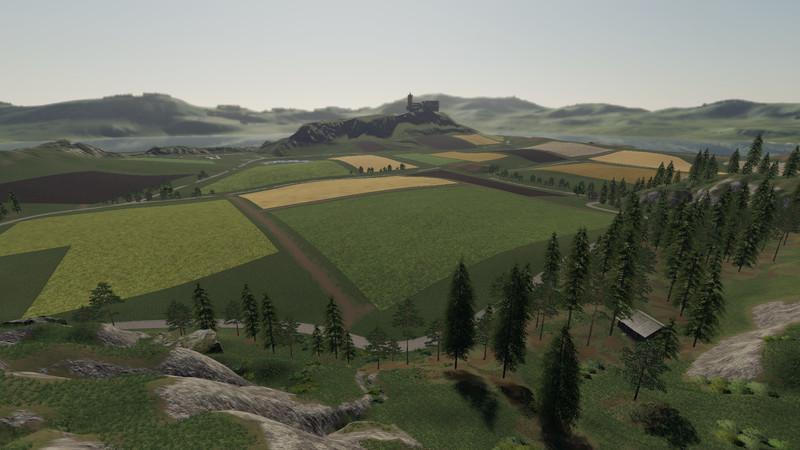 Here I offer you the map Volksbrunn to download.
The Volksbrunn is a converted Felsbrunn Standard Map.
A complete new farm was created elsewhere with all the animals on the farm.
The dealer moved near the yard.
Where the fields 4 and 5 were is now a large, flat meadow.
There are also better launch vehicles.
Please keep in mind that on the map could still be mistakes!
I always try to fix them in a timely manner.
I hope you have a little fun with the map.

Version 3.0 Seasons ready
The start field has been changed.
The courtyard was slightly redesigned and enlarged.
Several routes have been created on the map. (Abbreviations)
The mud mod was installed. Can be painted with the internal landscaping tool.
Texture labels for the internal landscaping tool have been added.
The Volksbrunn is a converted Felsbrunn Standard Map.
A complete new farm was created elsewhere with all the animals on the farm.
The dealer moved near the yard.
Where the fields 4 and 5 were is now a large, flat meadow.
There are also better launch vehicles.

Version 2.1 Seasons ready
Seasons Mod ready
Railway barriers inserted at Bhf. Ost
Grass can now be drawn in the game
Rail crossing across from the yard
The dirt in the pigs is now in the stable
Flags inserted at the dealer
Acceptance of the bales from the Anderson addon at the cattle dealer

Version 2.0
The yard was redesigned.
Pigsty and cowshed inserted by Kastor.
Glue brick hall and gas station inserted by VertexDezign.
Straw storage away.
Hofsilo exchanged for the small one.
Ride silo away.
Small chicken farm swapped for big.
The shelters are now lit.
The Start Drescher has been swapped.
It is now possible to change the price multiplier at each sales station and add more fruits. But it only works if you start a new game after changing a value!
The folder’s Sellpoints folder contains the corresponding xml files. Likewise one can change now also with the BGA various attitudes. The xml is also in the Sellpoints folder.
In the meadow at the sawmill now no more heaps arise when mowing.

Volksbrunn V1.1
Fixed a bug with the silo.
Fence on the yard a little overworked.
It must be started a new score!
The map is a guide, where I explained how it goes without a new score.