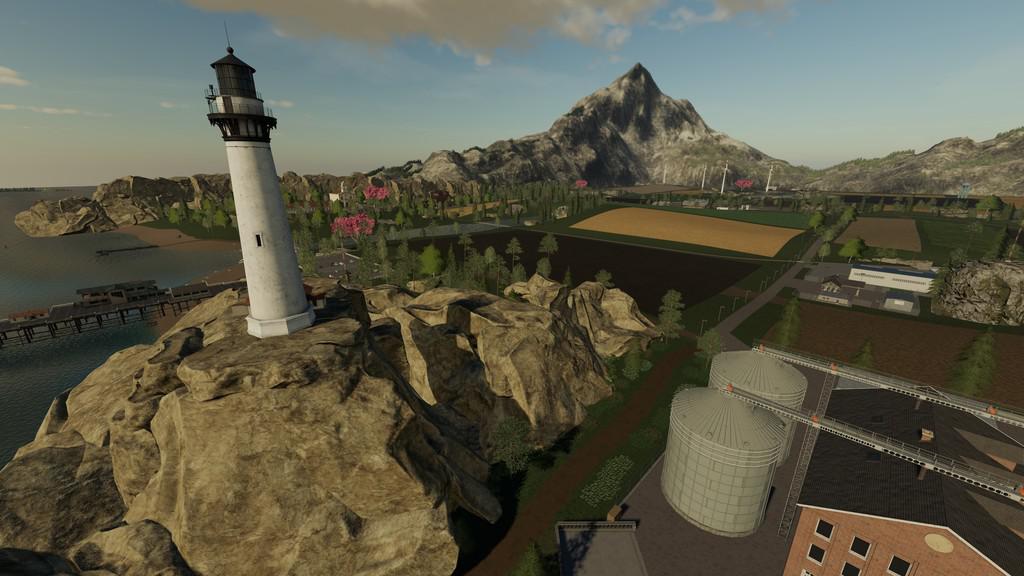 Welcome to the map of Przemasowo

The map consists of 41 areas, 32 arable fields and 2 forest fields. You can sell crops in 3 stationary purchases and train buying. The train is an important element of the map because it is integrated into the farm. Advantages of the map:

– A large area with obstacles to horseback riding.
– Sawmill for trains.
– Loading ramps for the train on the farm and at the store.
– 32 fields varied in size and shape + 2 forest areas.
– Train path integrated into the farm.
– Field No. 12 prepared for the development of the farm.
– Additional flat, fenced area for purchase, prepared for additional buildings and mods.
– Good optimization
– A well-thought out arrangement of roads, tracks and utility buildings to make the game more enjoyable.
– Many beautiful landscapes and interesting places to explore.
– Road traffic.

Changelog:
Changelog 1.1.1.1:
– Some stones have been modified or removed between fields.
– New collisions generated for the map
– Prices in points of the railway station were lowered (equalization of prices with respect to other)
– Lime point performance has been increased
– New textures have been added to paint the terrain
– Rail crossings have been improved
– Trigger added at the train station for other vehicles (many players did not know that you have to sell by train here)
– Increased milk price in port

Changelog 1.1.1.0:
– Added support for “SEASONS” modifications
– Traffic blockade at railroad crossing has been removed
– “mipmaps” have been added to the minimap
– Increased throughput and capacity of farm silos.
– BGA bandwidth increased
– The distance at which railroad crossings close is reduced.
– Farm lamp removed

Changelog 1.1.0.0:
– New minimap
– Changed traffic route
– Large vehicles have been removed from traffic, often blocking intersections
– Cultivating on field No. 12 was fixed – The employee did not want to work in easy mode
– A dirt road near the farm was added
– The crane for loading wood was removed (it was not in multiplayer mode, it caused a lot of errors)
– From now on, the wood from the train is sold directly from the wagon in the sawmill. The sale must be confirmed in the yellow tag

Changelog 1.0.1.0:
– Blocked driveway was fixed – Central Grain Elevator
– The serious problem of placing objects on the map has been removed.
– Added some new elements on the big lake (you need to make a new save to see the changes).
– Several road signs have been fixed.
– New barrage at the railway station (protection for unfair players).