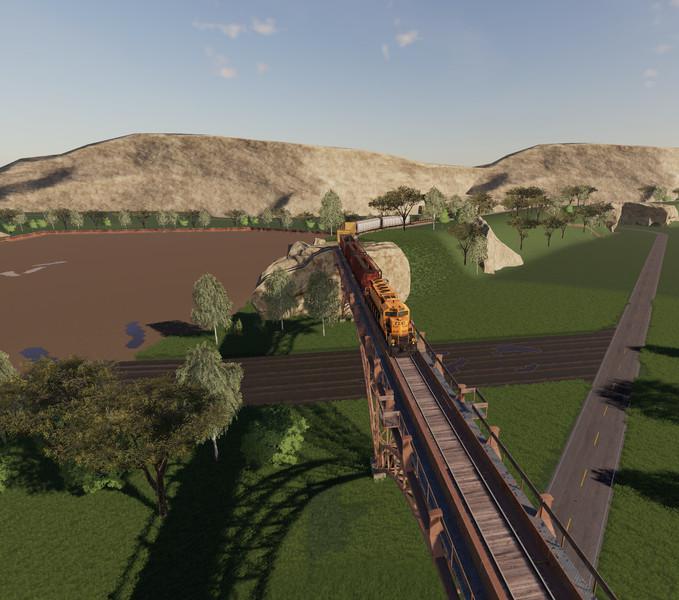 This map is not based on an existing region.
Loving large expanses and fields of all sizes, I decided to create a map that would suit me to play.
After several months of realization, I propose you this card of size 4X and allowing you to cultivate in a universe “USA”

This map is currently under development!
To learn more, read the Readme in the folder.

Version 2.0
– New textures
– New sounds
– Reworked farm area
– Train made useful with its silo and its connection to the BGA
– Animals on the map
– No snow in winter, but the map is compatible with the season mod
– Replacement of many trees, to make them compatible with the season mod
– Numerous objects, points of sale and details added or modified

Testers:
I thank the officials testers of my map very much. If you want to test the map, to make it evolve, contact me.
– Alain0306 (France)
– Tornadoretkinia