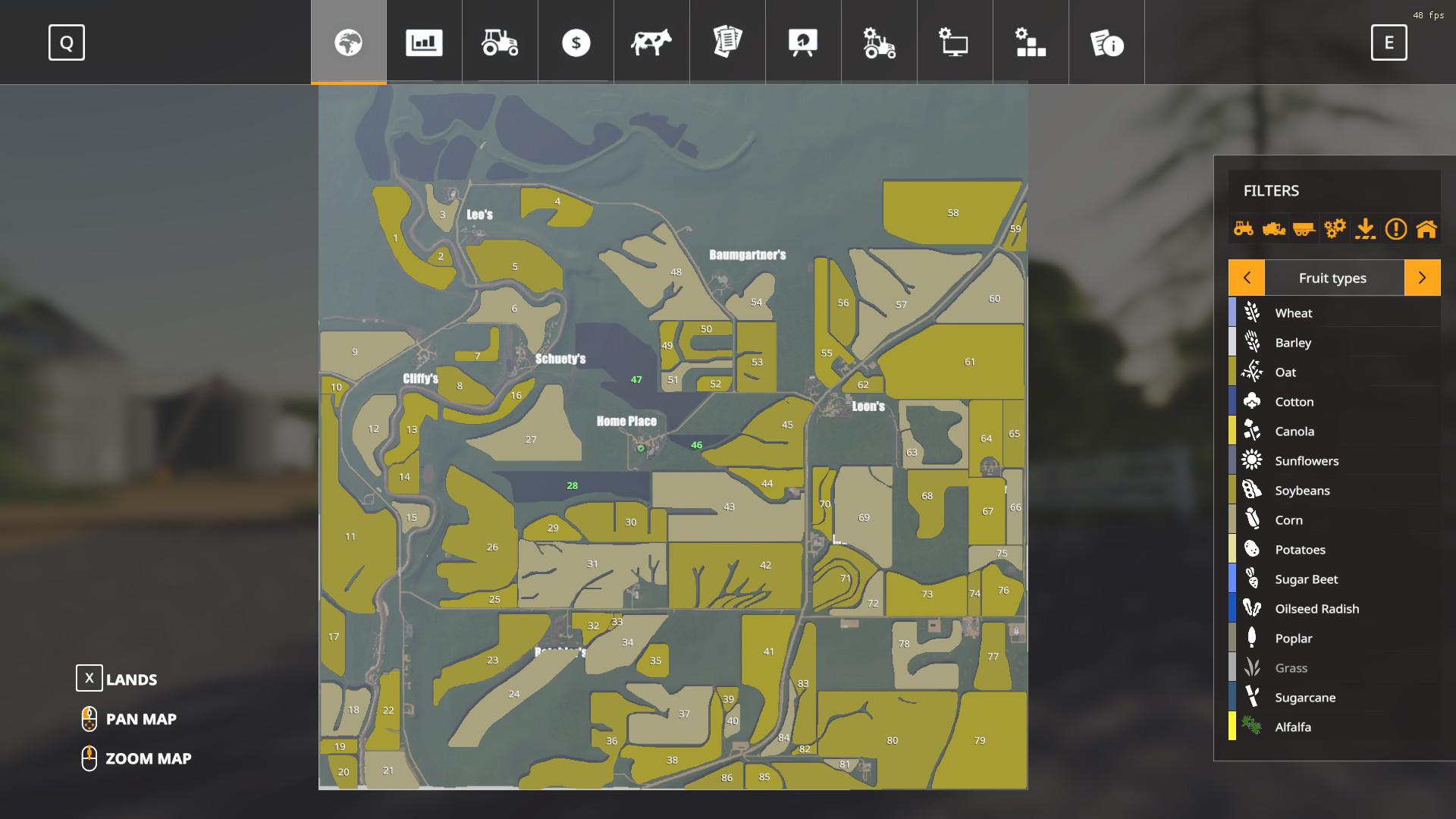 to the map, therefore I do suggest a new savegame (you can carry over your vehicles and money). I will list the changes here along with additions. Included in ths folder are two augurs (the Farm King works better than the previous augur I’ve been told), pictures of the triggers, and an equipment list should you like to play on the home place with close to the same setup. IMPORTANT: THIS IS NOT STRAW HARVEST READY. WORKING ON THAT STILL. DELETE PREVIOUS VERSION AND UNZIP THE FOLDER THAT SAYS “UNZIP” IN YOUR MODS FOLDER!

Changelog:
I have cut 700MBs from the file size since the original release. It could still use some optimization in terms of the textures. Right now the file stands at 1 gig only because I had to include additional mods. The map originally had over 1000 errors in it. It is now under 5 errors last I checked and very minimal warnings. Those last few errors are like finding a needle in a haystack, and I’m not gonna waste my time searching for them. Again, not game breakers. All doors and gates should be fixed!

Fixes:
1. You can sell oats now.
2. Fence along field 62 moved farther away from field.
3. Spawning inside the fuel barrel at Maehl’s has been fixed.
4. Doors closing after reloading the map have been solved.
5. Sleep triggers are fixed, they are now tied to farmland.
6. Bins on Maehl’s farm are fixed, they are now bought with the correct property.
7. The mystery of the random orange splotches has been solved.
8. Farm King included now, it works better for loading the bins.
9. Added some extra storage at Leo’s and Schuety’s where the old bins were located.
10. The inability to cut trees will remain this way until I have time to go through them all and fix them
11. Working on file size issue, it will be trimmed more in future versions.
12. Vehicle spawn point has been adjusted.
13. Worked on clip distance on various objects to help with performance.
14. Rearranged objects to be augur friendly on Schuety’s farm
15. Many other small fixes, including cosmetic changes to help with fps (hopefully)
Additions:
1. Added seed and liquid fertilizer buy points to the Coop per request.
2. Replaced some of the buildings on Maehl’s farm with new custom buildings to improve performance and cosmetics.
3. Added some extra storage at Leo’s and Schuety’s where the old bins were located.
4. Alfalfa can be baled and sold. It can be fed to cows as well!
5. Cornstalk and Beanstalk bales are possible, they can be used for bedding (further testing on this is required).
6. Cows can be fed corn and soybeans.
7. Seed and Liquid Fertilizer buypoints added.
8. Brand new cattle farm added to the east of Retschler’s!
9. Added/replaced some buildings for the home place, Leon’s, Maehl’s, and Leo’s!